“I would rather be authentic than perfect”

I have chosen to come clean and be completely honest. I KNOW that I can heal others’ suppressed pain, which is not being spoken about or understood, by sharing the wisdom I gained from my past. My personal mission is to be a miracle for one person every single day.

I have had a great childhood with lots of great memories and I always had nice clothing. I was a tom boy with a lot of energy. I know that my parents have done their utmost BEST raising me, and I was very much loved by both. I never lacked anything and I want to thank my parents for that, because I have the best parents in the world. Thank you.

I am a member of ACA (Adult Children of Alcoholics/Dysfunctional Families). I found out when I was around 29, that I was very sensitive and also angry as a child.

As a child, I was hit in my head by my father with his fist or he put strong mustard in my mouth, when I was not behaving. I know that my father did this, from the resources he had available at that specific time.

I was shouted at when I raised my voice, when frustration and confusion came out. I could not understand why and I didn’t like it. I wanted to please my parents, so at that point I choose to suppress my energy and choose to be a good girl who was raised appropriately.

I went to public school until the 8th grade. I was then transferred to a special school because I am dyslexic. School has always been a struggle for me, but I have never stopped wanting to learn and improve. I was bullied at the new school, but decided to remain until I graduated. 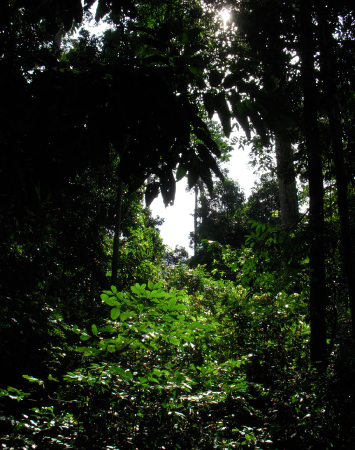 I began my education in working with animals. My entire world was shaken off its foundations when I was awakened at midnight one early morning and told that my father had committed suicide. I was only 18-years-old when I lost my dad. He had been an alcoholic and was addicted to pills at the end of his life. That sad day changed the rest of my life.

Shortly thereafter, a guy started to show interest in me, and it was nice. I did not care he was headed for prison and sold hash.

He owed the wrong person a lot of money, and was warned that if he didn’t pay they would come after him, so I loaned him the money he needed. We lived together for six months, until I could not take it any longer; he had broken so many promises he had made to me. At the time I left, he owed me DKK 43,000.

I purchased a flat with my inheritance in 2007. I sold it again in 2009 in an effort to escape a violent ex-boyfriend. The apartment only held pain and bad memories by that time. I had lost money, many of my clothes and belongings, and, most tragically, myself. 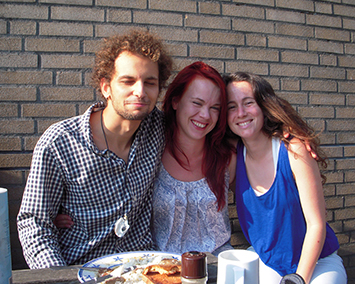 June 2010, I fled to a women’s shelter after seeing a psychologist. I was haemorrhaging in my left cheek and had a bite mark on my left jaw. I had been exposed to the seven types of violence and had been beaten for six months. After I fled, he tried to find me again a year later.

I graduated as an animal care specialist specialising in zoo care in August 2010. I could not believe I was finished, because I had been so isolated from my friends and family during the year and a half of my education. To get away from my ex-boyfriend, who was violent and prevented me from doing homework when I got home, I used all my breaks in school and stayed at school when classes were over to study for my final exams.

I moved seven times in three years. In 2012, following my sixth move, I began taking medication for anxiety. I was constantly stressed, fearing the worst and unable to find any kind of inner peace. One morning in July 3013, I decided I no longer wished to live that way. I was afraid that I would suffer the same fate as my father. I threw the pills away, cancelled my lease and decided to become a volunteer, travelling the world to help care for wild animals. I had dreamed of travelling and challenging myself since I was a young girl.

I was offered a volunteer position at the Bornean Sun Bear Conservation Centre (BSBCC) from October 1, 2013 until December 23, 2013. I accepted the position, and the head of the centre recommended that I take some classes to improve my English, which was weak at the time. I took classes in Manchester, England for 14 days that September. I lived with my host family there until I travelled alone to BSBCC, which is located in Malaysia. For the first time in my life, I felt alive. I knew at that moment that my life’s work is to rescue and be a voice for wild animals that suffer greatly at the hands of mankind. I created a website and took classes. I worked on my website every day after work. Three days before I was scheduled to go home, I was in town with some colleagues when I was drugged and raped. I lived in fear for three months that the attack would leave me HIV positive, but it did not. 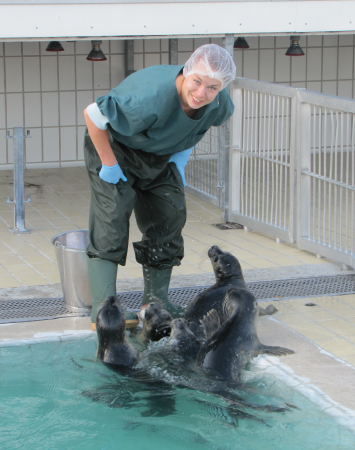 I took a job at an animal park in Norway in January 2014. I returned  home after only two weeks. I was not happy with the conditions the animals lived under and realised that zoos and the like are not my calling. I hate seeing wild animals confined behind four walls.

Three months later, I took a volunteer position at the seal hospital Zeehondencentrum Pieternuren in Holland. I was there from April until July 2014. Once again I was examining my life and its purpose. I had always suppressed parts of myself so that I would be accepted, when I longed to be accepted for who I was and the work I did. The people at the hospital accepted me as I was, and I was close to all of my coworkers.

I was diagnosed with a brain disease that will affect me for the rest of my life. I am on medication and get an annual MR scan. Unchecked, the disease has the potential to damage my memory. It was hard to swallow. “Now what”, I asked myself?

I had taken a six week course at Mindjuice before my trip to the Zeehondencentrum Pieternuren. Afterward, they contacted me and asked me if I would be an instructor for an upcoming class, and I accepted. I took a basic coaching education at Mindjuice in Copenhagen, and, after a year and a half of living with various friends and family members, I rented an apartment in December 2014. 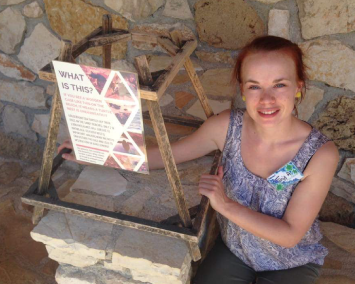 I finished the coaching program in April 2015. While taking the classes, I realised how happy they made me and thought about all of the times I had not felt as happy or comfortable with myself. Six months later, I decided to take the Mindjuice Master’s Program. I signed the contract before telling my family. They would have thought it a waste of money to spend DKK 45,000 on a self-development course. They were not supportive during the basic course, and I did not need them continuing to be a stumbling block in my life.

I made the decision to stop trying to get it back. To that point, he had returned only DKK 8,000. When I gave him the money, it was to rescue him. I needed to make a clean break, so I said goodbye in 2016, knowing that it was never his intent to cause me harm, because he loved me very much. It was the right decision. I was finally free of the 10 years of pain and frustration I felt while trying to get the money returned.

I finished the Master’s Course in December 2016. For the first time in my life, I felt intelligent and accomplished. I decided not to take the final exam, because I wanted to focus on my life’s work and I no longer needed a piece of paper to tell me that I was smart. I told my mother my decision, and she supported me. All of my life, I had felt like I needed to prove myself to my family. I finally chose to break that unhealthy pattern.

At Christmastime 2016, I decided to stop giving Christmas and other gifts and use my money on my needs before others. This was not a popular decision with my family.

On March 17, 2016 I decided to quit my job and follow my life’s purpose of working for wild animal rights. It was a hard decision for me to let go of the expectations others held for me, family norms and to risk seeming selfish. And to risk winding up lonely while following my quest. I often got a smack on my neck or had my nose tweaked when I put my own needs too far to the forefront. 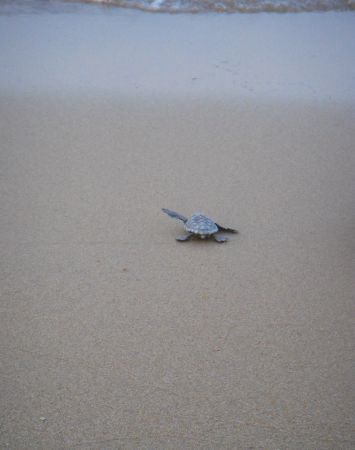 In March 2017, I was overwhelmed by the reality of my many years of suppressing my feelings. I exploded in rage and hatred at the times in my life that I have allowed people to step on me, while I struggled to live up to their expectations. The times that I did as I was raised to do; put others needs before my own and take responsibility for their actions. I was unable to live the dignified meaningful life I sought without being completely on the outside of my family. I simply lost it. I hurt myself, my partner and smashed things around me.

I found out that I’m addicted to pain. I purposefully put myself in situations where I will be hurt. I chose men that were harmful to me. It did not matter that they were not aware of their own feelings, because I did not even acknowledge my own pain. I have allowed myself to be raped and in some cases ‘raped myself’ using a man that I met. If the man found pleasure, I had done my job. I often went into the bathroom, hid my tears and settled down so as not to appear weak. I kept my real face behind a mask.

I chose to take a job again in May 2018, because I had used up my inheritance. At that time, I tried to start an association. I closed that down and instead started a private single business, which I still operate today.

I came clean after 30 years of adaptation. I could not suppress myself any longer for the sake of other peoples’ ego. Today I can look myself in the eye and I would not be the person I am without all the experiences that I have been through. Thank you to everybody who is and has been in my life.

All the best, Tanja Andersen

“I can not fight for another living being, when I myself am one of the living dead.” 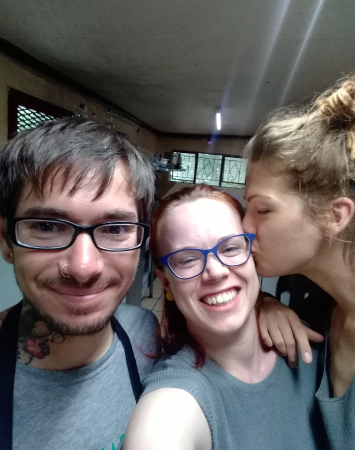